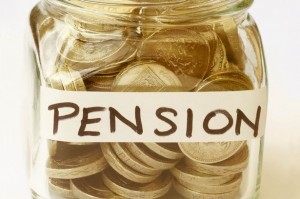 Credit crunch has led to a number of them failing, with others being able to survive only after being injected with billions of dollars of government aid. And, a lot of executives at senior levels have vacated their seats after having come under the scanner for their management mistakes. But, to the agony of both customers and the public, these executives have received huge pensions. Here you will find details into the size of the pensions taken by these executives in the present crisis and in the future years.
Sir Fred Goodwin the former head of the Royal Bank of Scotland retired in 2008 after his aggressive acquisition policy left the bank fending for a public aid of 20 billion pounds. At his retirement, the directors allowed his pension to be increased to 16 million pounds, with an early retirement option that ended up giving him 0.7 million pounds a year in pension for his remaining life.

Larry Fish headed the Citizens, the US commercial bank under the Royal Bank of Scotland. Even if the bank ran successfully for some years, the fourth quarter results of 2008 found huge amount of felonious loans in the books of the banks. The head retired before the credit crunch set in and left with a yearly pension of $2 million.

Martin Sullivan was AIG’s former Chief Executive until 2008. AIG was the largest insurer in the world. Recently the company revealed the biggest quarterly loss in corporate history at $62 billion. The US government supported the company with an aid of $ 180 billion. In spite of this huge failure, the pension of Martin Sullivan amounts to as much as $3 million a year. Further, he was given a one-time payout of more than $30 million.

Merrill Lynch head, Stan O’Neal held the position for four years until in 2007 the company reported a loss of $8 million, which led to his resignation. Even after his resignation, the company’s financial condition deteriorated, until it was saved by the Bank of America. The retirement benefits of the former head pay him more than 1.3 million pounds a year.

Chuck Prince held the post of Chief Executive in Citigroup till the later months of 2007. During his tenure, the bank was exposed to the low mortgage market. The company posted a loss of $20 billion last year and the jobs of more than 75,000 employees are in jeopardy. Despite is dismal record, the executive was paid $25 million in 2006 and his pension amounts annually to $1.7 million.

The pensions of Chief Executives and Directors are determined by other directors. The magnificent size of these pensions is a shock to the public at large. It gives the indication of how the directors take care of each other and use the bank charges from the customers to support the head of these private corporations, without any concern whether they have been successful or complete failures, this despite the fact that liberal conservatives have been claiming over the years to reward success.