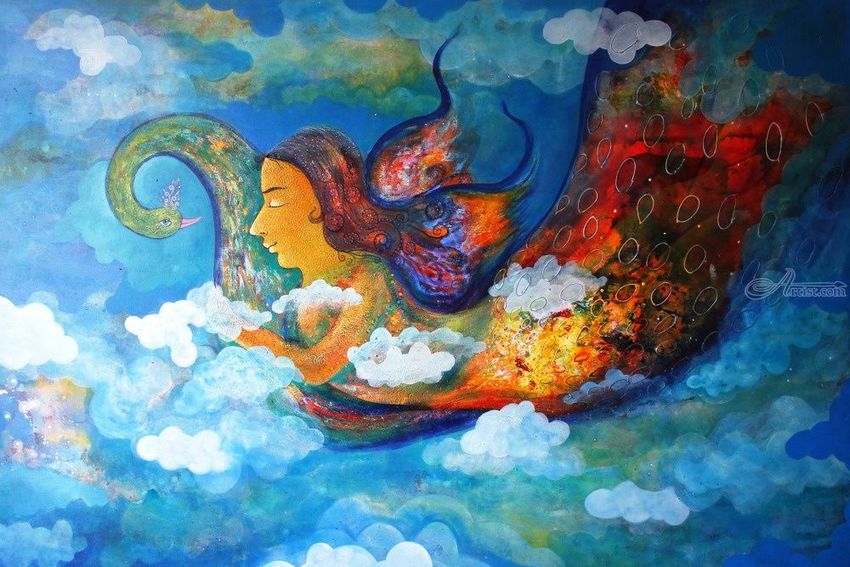 Dreams have fascinated people since ancient times. This is not surprising given their mysterious and unexplained essence. Science has introduced modern explanations which give more clarity to the phenomenon.

Modern neurophysiological research in particular has made breakthroughs in the past two decades thanks to novel technologies involving brain scans, which can detect and analyze brain activity.

It is now known that there are two types of dreams. During the phases of deep sleep, dreams reflect concerns about our daily life.

During the “REM” phases (where rapid eye movements are observed), the brain undergoes acetylcholine discharges, the emotional centers are over-activated, while the prefrontal region of the cortex (on which thought depends logic) is off. This is when more emotionally charged and often illogical dreams occur.

According to neuropsychiatrist Allan Hobson (Harvard), the brain gives meaning to signals of internal origin and performs, as best it can, an integration of these meanings, using stored information: leftovers, concerns including unresolved conflicts or memories of past events. This is the activation-synthesis theory.

The oddities in our dream are comparable to those seen in neurological disorders. They result not from censorship, but from imperfect syntheses of sensorimotor data, processed in the specific conditions of sleep.

For Hobson, the majority of dreams are neither obscure nor redacted, but clear and pure. There is no need to distinguish between manifest and latent content.

A number of experts provide dream interpretation services, such as Medium Christina. By gathering dream recordings in a dream bank, they are able to recognize similarities among dreams and common patterns.

Ludwig Wittgenstein, who was very interested in psychoanalysis and whose sister had been analyzed by Freud, had concluded that Freud’s fanciful pseudo-explanations have done a disservice. Today any donkey has these images to explain” pathological symptoms. The same could be said of the pseudo-explanations of most analysts from other Schools.

The reference to the Unconscious, as defined by Freud and his disciples – faithful or dissident – allows us to maintain any interpretation. This was fully understood in 1919 by Karl Popper, who had received patients in a clinic created by Adler.

Psychoanalytic interpretative systems are irrefutable, in the sense that no fact can come to question the expert who draws from the Unconscious ad hoc explanations. It is quite different in the empirical sciences: there hypotheses are effectively corroborated while others are refuted, transformed or abandoned.

Does the principle of refutability, highlighted by Popper, lead to rejecting or devaluing any hermeneutical discipline? Philosophical psychology and psychoanalysis have produced fruitful ideas, notably on sexuality (Freud) and on self-worth (Adler). A small part of the corpus of scientific psychology finds its starting point there.

The ideal evolution of the conceptions of hermeneutical psychology is to lead to empirically tested statements, that is to say, confirmed or refuted by methodical observations.

If confirmed, the statements enter the theoretical body – always open to revision – of scientific psychology. When materials hardly lend themselves to such operationalization and the hermeneutical approach proves necessary – for example to understand the arrangement of the history of an individual or a nation -, it is important to always keep in mind that all human behavior lends itself to a multiplicity of interpretations and that the coherence of an explanation in no way constitutes proof of its truth.

We can adopt rules that bring the hermeneutical disciplines closer to the experimental sciences: during exploratory work, we will always try to consider several explanations; we will ultimately choose the one that best reflects empirical reality; we will remain willing to seriously question it if new observations contradict the explanation or if another appears more adequate; if the explanation gives rise to practical applications, its effectiveness will be compared to that of other explanations.